It’s amazing how long it can take us to “get it” sometimes, when it comes to the way we treat and care for ourselves vs. the way we care about pretty-much everything else in our lives. I’m finding my 50’s to be full of such revelations. The biggest of which is that while I’ve been a very responsible, good, caring man all my life, I’ve often neglected the most important person I should be caring for. Myself.

This has gotten worse as I’ve gotten older, it seems. For example I’ve worked out and eaten right before, but I just have so much less of a desire to do it now that I’m older. Flawed logic when you think about it. But one thing I’ve never done much of or done very well when I did do it is buy clothes.

Now that I’m 51 I found myself looking at what I had in my closet to wear on any given day- not going somewhere “dressy”, just going out to run errands, or grab lunch with my brother, dinner with my lady- that kind of thing. And I was really, really frustrated and disappointed with what I saw.

So I decided that would be the first place I’d start in my quest to just look better and feel better in my 50’s. Like I do with everything I take an interest in, the first thing I did was go on-line and start reading about how to dress better as a man.

One of the first things I saw that stood out to me was an article that addressed something many men do; buy loose-fitting clothes to mask weight issues. I’ve always done this. Not as much with pants, but definitely with shirts. What the article said is that wearing loose-fitting clothing actually makes you look bigger.

So the number one rule to dressing better according to experts is to buy clothes that fit. One writer suggested trying shirts one size down from what you usually buy. I don’t usually like the way my stomach or my chest looks in my shirts, so hey. I hid it with more loose-fitting shirts. So the article was definitely speaking to me.

I decided to put it to the test. I went out one day and started shopping around. I gathered up a few casual, pull-over t-shirts in the size I’d normally gravitate to, then I got one a size down. I tried on a couple of the bigger shirts and it was as it always was. I didn’t like what I was seeing. My chest looked flabby to me. My stomach wasn’t showing much but I could see it. But the whole thing was just hanging on me like a tent.

Standing there I realized that they probably all do that and I just hadn’t really, really looked at it. I was cool if my stomach didn’t show and had resolved to just deal with the chest until I can fix it in the gym.

So with a sigh I took it off and reached for the shirt a size down. Expecting the worst, I put it on. What I saw instead was amazing. Instantly, I looked 15-20 pounds lighter. My chest looked great. My arms looked full. It was literally like I had left, worked out for 6 weeks and came back. I think I tried them both on at least once more just because I couldn’t believe the difference.

I was shopping around again for t-shirts. Not the kind you wear to bed or fixing the car. Nice-looking shirts you can put on when you go shopping, to a game, a bbq, whatever. There were tons of sales everywhere because the season is ending soon. One store had a table full of nice t-shirts, all around $15.  On another table nearby were some t-shirts also, but they just looked a lot nicer for some reason. They even felt different in my hands. There was definitely a difference in quality.

I looked at the tag and it was a Perry Ellis t-shirt. The price was twice what the others were. So now is my chance to see if it’s just the smaller size that made me look so much better or if quality of fabric and cut really make that much of a difference.

So I grab the Perry Ellis shirt, then I went back to the other table and grabbed 3 of those. I choose all of the shirts in a medium, which is one size down from what I would normally choose. One by one I tried on the cheaper shirts. They definitely looked better than what I was used to seeing, but I wasn’t liking what I saw. They didn’t look as good on me as the shirt I was wearing, which was one of the 3 I bought on my last excursion. This was true even though they were the same size.

Then I put on the Perry Ellis shirt. And again, I get this amazing transformation. The difference in the Perry Ellis shirt and the other 3 was night and day. The neck opening was tigher, so when I put it on it hugged my neck rather than just hanging from it. The entire sleeve clung to my arm, and the openings hugged my biceps. Normally sleeves only touch the shoulder and then my arm is just kinda hanging in the opening.

The body of the shirt wasn’t tight but it just stayed close to my body. I could see my waist and stomach, but it looked neat and well put together. Other  bigger shirts tend to look like I’m just “inside the shirt”, not really wearing the shirt. I started to realize that true enough, loose fitting shirts hang off your body, but where they do touch you are the “peaks” that you were trying to hide in the first place. Like the top of your stomach or the tips of your chest (which is why mine looked flabby in a loose shirt and fuller in a fitting shirt). These are all things I really hadn’t noticed before I did some reading on it. 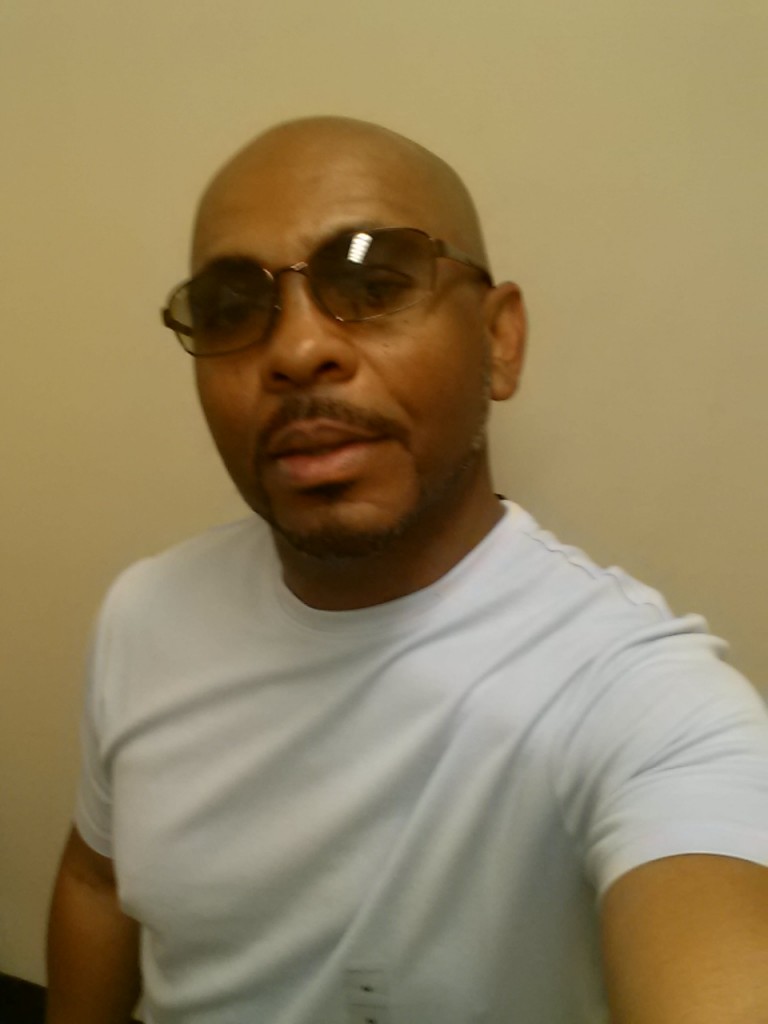 I’ve learned so much from this experiment. But the most important thing I’ve learned is that well made, well-fitting clothes can make a huge difference in both how you look and how you FEEL about how you look.I was at a place where I wanted to change both of those. First I was determined to start just buying myself something to wear more often. Not just more often, but regularly. I’ve always operated under the (again, flawed) logic that “I could be spending that money on something important”. Now I understand how important it really is.

Secondly though, I wanted to stop buying on price alone. Don’t get me wrong, I don’t feel the need to spend a lot on something to feel good. But my little experiment had taught me that it wasn’t just going a size down that made the other shirts look and feel so much better on me. I learned that the fabric, craftsmanship and overall quality had all made the big difference.

Starting out I told my brothers that my goal wasn’t just to buy more expensive clothes, but just better quality stuff. But that was before I really understood the huge difference it makes in your appearance and overall attitude.

As recently as a couple of months ago I’d never pay $30 for a plain t-shirt. But compared to the others it was just far superior. And when I put it on it ain’t plain no mo’, lol! And the best thing is, neither am I. We’re talking a difference you can actually see and feel. And that’s worth paying a little more for if I need to.

So the other truth I’ve learned in all of this is that from now on everything I buy is either going to have to fit perfectly off the rack (which for me really narrows it down to short sleeve t-shirts, ties and shoes), be purchased and sent to a tailor for alterations, or be purchased custom tailored. This is another thing I never would have considered 2 months ago. But then that’s why I have a closet full of clothes that don’t fit me well and don’t make me feel good.

Of course there’s more to looking and feeling better than wearing better clothes. Like eating healthier and getting some exercise, so I don’t have to camouflage body parts I don’t like. How ’bout  instead we just change what I don’t like! To be continued.